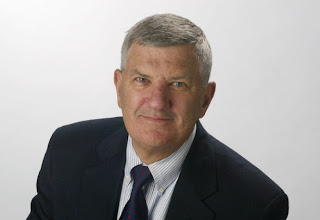 Bernard Weil/Toronto Star file photo
By Lesley Ciarula Taylor Staff Reporter, Toronto Star, March 3, 2011
James Travers, an award-winning national columnist and former executive managing editor for the Toronto Star, has died.
Travers, 62, died from complications following surgery on his spleen.
“Jim was a first-rate friend of many years and a journalist I enormously admired,” said Star publisher John Cruickshank.
Travers won a National Newspaper Award in 2009 for political writing. His column was entitled: “The quiet unravelling of Canadian democracy.”
“We were all hugely proud of his National Newspaper Award last year. It gave him the recognition his body of work deserved,” said Cruickshank.
Travers joined the Star in 1997 and led the newspaper for two years until he returned to political writing.
Torstar chairman John Honderich, who as publisher brought Travers to the Star, said, “Jim was a superb journalist. His love of the craft, his dedication to quality journalism, and his powerful and intelligent Ottawa column were all testament to the essence of Jim Travers.
“This is a loss for Canadian journalism.”
During a press conference in Toronto, Prime Minister Stephen Harper said:
“I should take a moment to recognize the passing of your colleague Jim Travers.
“I actually just finished writing a get-well letter to him last night so I’m certainly aware that his passing is very unexpected and very tragic.
“Jim Travers was a fixture on Parliament Hill. He was a journalist who was well-regarded and certainly well-loved.
“I just did want to take the opportunity to pass on to his family and his friends and all of his colleagues our condolences and the condolences of the Government of Canada on his passing.”
Government House Leader John Baird paid tribute to Travers after Question Period in the House of Commons. Liberal MP Bob Rae fought back tears as he spoke in honour of the columnist.
“We will all miss his keen mind and shrewd analysis,” said Rae. “But even more we will miss the warmth and kindness he showed to so many of us.”
Born in Hamilton, Travers was editor of the Ottawa Citizen from 1991 to 1996, when he resigned in a split with Hollinger Corp., the newspaper owners controlled by Conrad Black.
“His succinct turn of phrase, sharp analytical skills and measured approach to his subjects were greatly admired by his followers and colleagues,” Liberal Leader Michael Ignatieff said in a statement.
He and his “must-read” column “will be deeply missed,” he said .
“Shocked and heartbroken to hear news of Jim Travers' passing,” Green Party leader Elizabeth May posted on Twitter.
“A fine, decent man. Integrity breathed through his pores.”
Star feature writer Jim Coyle, a former political columnist himself, remembered Travers’ words when he hired Coyle.
He told me, “You can write. And you can think. And what else do you need in this business?”
Said Coyle: “He was without doubt made for journalism. He was hilarious, mischievous, witty, curious, courageous and constantly bemused by humanity's folly.
“Whenever any of us would grouse about the business — and he'd do his share — he'd say, ‘Yeah, but look at the life we've had’.”
Journalists, politicians and people who read his column poured their sorrow at his death onto Twitter.
“The Parliamentary Press Gallery has lost one of the best, both a great journo and great person,” wrote Jennifer Ditchburn, a director of the Parliamentary Press Gallery.
Travers started in daily journalism with the Hamilton Spectator in the 1970s. He joined Southam News in 1978 and spent six years as a correspondent in Africa and the Middle East before becoming editor and general manager.
Travers leaves his wife, Joan, and sons, Patrick and Ben.
This loss will be felt by so many, for so long, because "Jim" ( I never met him personally, only through e-mails, about national issues) consistently unwrapped the truth from under layers of obfuscation laid on by whomever had the temerity to create the illusion.
I personally will miss his ascerbic point of view, one that never carried in its barbs the venom of disrespect.
All Canadians will miss this honourable, insightful and compassionate witness to the national scene.
Canadian journalism and national life, generally, will be the lesser for his passing.
May the keypads of hundreds of your genuine admirers and even imitators continue to sing not only your praises but also your long-range perspective of the possibilities of our shared home land.
Posted by acorncentreblog.com at 7:39 PM