Dr. Brooke Jeffrey on The Liberal Party of Canada (an exclusive interview) 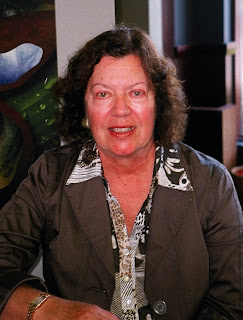 Dr. Brooke Jeffrey wrote Divided Loyalties, The Liberal Party of Canada, 1984-2008. She worked as part of the Research arm of the party for much of that time. Currently she teaches Political Science at Concordia University in Montreal. The acorncentreblog.com interviewed her on Monday September 26, at Starbucks in Gloucester, off Montreal Rd. in east Ottawa.

Naturally, the primary question of the interview was, "What's wrong with the Liberal Party and what can be done about it?"

Leadership selection has been flawed for at least the last three leaders. With Mr. Trudeau, the party selected him and he turned out to be a 'white knight' but this was the exception.

The party has to get past the "white knight syndrome" in its selection of a new leader. As part of this, the party has to know what it "thinks" and also what the new leader "thinks". In the recent past, there has been a disconnect between what the party believed and what the leader thought. And, with respect to the leadership convention, I do not subscribe to the "one person-one vote" process for the election of the new leader. It should be a delegated convention. I was pleased to see that this was recommended in 2006; however, I have not seen any evidence that a delegated convention is going to fix all the problems of the party. And then there was the appointment of Mr. Ignatieff, who was not actually selected by the party, which is highly irregular.

So the first issue is how the party selects a new leader and what qualities are important in that new leader.

The second issue is party policy and the opening of the party to policy formation.
Jim Coutts (from 1975 to 1981, he was the Principal Secretary to Prime Minister Pierre Elliott Trudeau) tells me that (Prime Minister) Mackenzie King used to write 100-200 letters a week to riding presidents across the country asking them for their perspective on current policy and on plans for the future. Jim's point was that the party had been consulted regularly both before elections but also during the time when the party was in power. And of course those same people would feel free to tell the Prime Minister their views.

Two things happened. Mr. Trudeau professionalized the public service so now the party can turn to it for policy formation. And since the party is not "expert" in the same way, the party leadership did not consult with the grassroots as much any more, but rather with the public service on policy ideas and proposals. The second part is the evolution of polling, which increasingly tells the party what Canadians think; so when you put those two together, there is so little need to consult with the party membership.

This puts even more emphasis on the policy process within the party. Back in the 1980's, Mr. Turner got elected on the promise of opening up the party, and began that process, but by the time Mr. Martin became leader, all of that process did not seem to matter and the party simply rolled over. And Mr. Martin's selection as leader brought with it his commitment to asymmetrical federalism, an example of the disconnect between what the party thought and what the leader believed. I think the grassroots is largely to blame because they let it happen.

And that brings us to the third issue, money and fundraising.
The ridings are being asked for money but not for policy.
Maybe the president's council from 2006 will go some distance to help.
This points up the need for a very strong party president, at this next convention. (No, I am not going to endorse a candidate!)However, the party president has to be very strong in representing where the party stands. Also a newsletter would help. The Laurier Club is doing that. (The Laurier Club comprises party donors of $1000 or more.) There is no reason why a newsletter cannot make party information available as well as asking what the membership thinks about policy.
I am not familiar with the details of fundraising, but I do know we are the last people who can raise money from single-issue interest groups, the way the Conservatives do. They receive money from groups who oppose various government programs and policies. But we were in power for so long and our pitch for money would have to be, 'we have been in power for so long and you like us'...and that is a very difficult pitch. Canadians do not give money to political parties as compared, for example, with Europe. In the past we were able to overcome it, because we came to power. This time, it is very serious, because we are not going to be able to go back to the previous fundraising sources and Mr. Harper is cutting off funding for political parties that Mr. Chretien, (I think rightly) introduced.
I was at a conference of Political Scientists at Waterloo in May where my colleague, Tom Flanagan (former chief of staff to Prime Minister Harper), who teaches in Calgary, was in attendance. He chose to come to my session, where of course I was speaking about Mr. Harper's policies. Mr. Flanagan chose to speak following my paper, and without paying the least attention to what the paper was about he spoke at some length about fundraising. 'Brooke and her Liberal friends will have to get used to the idea of no public funding and will have to raise funds from the private sector,' he warned, and of course he was right. It was only one week after the encounter in Waterloo that Mr. Harper announced his intention to remove public funding from political parties. And yet I have read that, now that his party is in power, those interest groups will no longer accept a failure to enact their desired political objectives either, and their willingness to contribute may decline, so he may want to think twice about this.

The Future of the Party

Let me say first of all that I am strongly opposed to any attempt at merger with the New Democrats. These are two completely different parties, with different values, and a merger makes no sense at all. And Canadians have not moved to the left, or to the right for that matter. Mr. Rae has indicated that some 70,000 new Liberal Party memberships were taken out immediately following the last election. I am also quite optimistic for the future given the party's opportunity to rebuild in Quebec, given the demise of the Bloc and the NDP vote, dependent as it was primarily on the leadership of Mr. Layton.

Remember that (Leonard Cohen) song, "first we take Manhattan, then we take Berlin"...well I believe, that first we take Quebec, then we take Ontario and then we take the West, where we have always had difficulty. But to do that, we need to rebuild from the bottom up, and to choose our next leader carefully, after the heavy lifting is done.
Posted by acorncentreblog.com at 6:50 PM