Are the U.S. and China on a collision course? 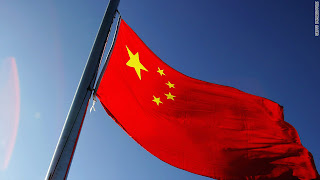 Pei: The U.S. and China are destined to clash
By Minxin Pei, The Diplomat, from GPS on CNN website, February 28, 2012(T)oday, the structure of U.S.-China relations has changed beyond recognition. In terms of security, they have become quasi-competitors, instead of quasi-allies, each viewing the other as a potential threat and planning their national defense strategies accordingly. Their economic relations have grown interdependent and have formed the most solid basis for continuing cooperation. But even here, strains have emerged, in particular in the form of massive bilateral trade deficits originating in part from China’s undervalued currency and restrictions on market access by U.S. firms.

Editor's Note: Minxin Pei is a professor of government at Claremont McKenna College. The following post was originally published in The Diplomat, a stellar international current-affairs magazine for the Asia-Pacific region.


The ideological conflict - between American liberal democracy and China’s one-party state - has grown sharper in recent years. Those who advocate engagement with China have based their argument on the assumption that China’s economic modernization and integration with the West will promote political change and make the one-party state more democratic. This “liberal evolution” theory has sadly not panned out. Instead of embracing political liberalization, the Chinese Communist Party has grown more resistant to democratization, more paranoid about the West, and more hostile to liberal values.
Beijing Foreign Policy Hurts China
As a result, of the three pillars of U.S.-China relations, security, economy, and ideology, only one – shared economic interests — remains standing. In the realm of security and ideology, U.S.-China relations are growing more competitive and antagonistic. If anything, strategic competition will most likely become the principal feature of U.S.-China relations for the foreseeable future - as long as China’s one-party state remains in power.
The underlying cause isn’t difficult to identify. Because genuine strategic trust is impossible between an America infused with liberal democratic values and a China ruled by a one-party state, the security competition between the U.S. and China will only intensify. Chinese leaders shouldn’t bemoan the so-called “trust deficit” because they know very well why it exists.
In addition, the political economies of a liberal democracy (which favors free competition) and an autocratic regime (which favors state control) are fundamentally at odds with each other. Such institutional differences are responsible for economic policies that are bound to collide with each other. So the risks that even shared economic interests between the U.S. and China could erode as a consequence of the clash of their political systems are real.
Such a pessimistic forecast of the future of U.S.-China relations may not be appropriate for marking the 40th anniversary of the Nixon visit. Yet, if one accepts the premise that the persistence of one-party rule in China, not American desire for containment of a rising power, is the fundamental obstacle to an enduring cooperative and friendly Sino-American relationship for the foreseeable future, we will do ourselves a huge favor by acknowledging this reality and trying to change it.
The views expressed in this article are solely those of Minxin Pei. For more, visit The Diplomat.
And today, we find this news about China's military budget and the reasons for it.
By Christopher Bodeen, The Associated Press, in Globe and Mail March 4, 2012
China said Sunday (today) that it would boost its defence spending by 11.2 per cent in 2012, the latest in a nearly two-decade string of double-digit increases.

Although the planned figure is less than last year’s 12.7 per cent increase, China’s military leaders have said they are unhappy with recent moves by the Obama administration to increase the U.S. military presence in the Asia-Pacific region. Only twice since the early 1990s has the increase been less than double-digit.
ational People’s Congress spokesman, Li Zhaoxing, said China’s defence spending would increase by 11.2 per cent over actual spending last year to hit 670.2-billion yuan ($106.4-billion U.S.) in 2012, an increase of about 67-billion yuan.

China’s official defence spending is the largest in the world after the United States, but actual spending, according to foreign defence experts, may be 50 per cent higher, as China excludes outlays for its nuclear missile force and other programs....
Last year’s military spending amounted to 1.28 per cent of China’s economy, Mr. Li said. By contrast, the ratio stood at 4.8 per cent for the U.S. in 2010, according to the World Bank.
The increase in defence spending is part of China's long-term military modernization process, but also is partly spurred by President Obama's new emphasis on the Asia-Pacific region, said Sarah McDowall, a senior analyst at IHS Jane's, a London-based security consultancy.

“It is important to note that Beijing views itself as reacting to the increasingly assertive policies of other countries and has repeatedly said that it does not want to provoke military confrontation,” McDowall was quoted as saying in a news release.
Beijing has mounted a robust defence buildup for more than two decades that has transformed the military into a formidable regional force, increasingly able to project power far from China. While chiefly aimed at the U.S., the buildup is also jangling nerves among Asian rival India and neighbours Japan, Vietnam and the Philippines, which have maritime disputes with China.
Mindful of the unease the burgeoning military has created among its neighbours and the opportunity it has given the United States to raise its profile in the region, Mr. Li repeated several times that China’s intentions are peaceful and defensive.
“China’s limited military strength is aimed at safeguarding sovereignty, national security and territorial integrity and will not pose a threat to other countries,” he said.
With the huge outlays, the Chinese military’s armoury include the home-built J-10 jet fighter, new nuclear submarines and modern surface vessels armed with supersonic anti-ship missiles. Last year, China began testing a new J-20 stealth fighter and launched sea trials of its first aircraft carrier, a refurbished hulk purchased from Ukraine. Cyber-warfare programs are also burgeoning.
While Beijing insists its military is defensive and is not a threat, defence analysts say the new capabilities are aimed at keeping foreign forces, especially the U.S., out of the seas and air space around China. The South China Sea has become a new potential flash point, with Beijing’s more powerful navy and an assertive policy to defend contested claims to groups of islands, reefs and atolls, and the U.S. has declared its own interest in making sure sea lanes remain open.
Growing Chinese power and East Asia’s economic importance is driving neighbouring countries to boost defence spending and has prompted the U.S. to redirect defence resources to the region. Washington’s moves to rotate new troops to Australia, shore up alliances with other traditional allies Japan and the Philippines while forging new military ties to Vietnam has heightened Beijing’s fears of encirclement.
While the world remains focussed on Iran, and her ambition to build a nuclear weapon, and on Syria where a dictator is murdering and torturing his own people, and the Israeli Prime Minister is visiting Canada and the U. S. President in the next few days, seeking assurances that the President means it when he says, "As President, I do not bluff and the U.S. has Israel's back," we watch another drama unfolding in South East Asia, with the build-up of military might, "for defensive purposes" another instance of the Orwellian "peace is war" paradox and newspeak, preferred by all powers seeking military strength.
And for defensive purposes, of course, the U.S. is planning to establish a military base in Australia.
If this clash, in military terms is inevitable, then, clearly the thinkers and planners in both camps will continue to raise the "ante" in hopes that the other side will blink first.


Posted by acorncentreblog.com at 3:03 PM