Hillary and Biden to Switch Posts? 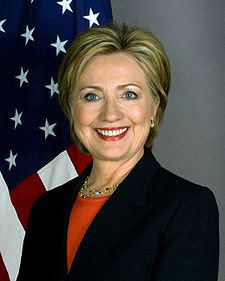 It is the third of these rumours that is most interesting and exciting. If Hillary were to become Vice-president in time to campaign with the President for 2012, the Republicans would have an extremely difficult chore to defeat the Democrats. Secondly, after a full term as Vice-president, Hillary would be poised to make her own independent run for the White House, in 2016. She has done a platinum job in "State" as has Biden as #2 under Obama; and Biden brings over 36 years of successful experience in foreign affairs from his years in the Senate Foreign Relations Committee, some of those years as Chair.
The "Left" is ecstatic just to hear the whispers; everyone knows that Obama's approval ratings have taken a substantial "hit" in recent weeks, and gearing up for congressional elections in November of 2010 has already begun. Moving both Emmanuel and Axelrod will open desks that can be filled by more diplomatic, creative and professional political pros and that will help to provide new creative options for both policy and for campaigning.
We're not quite sure who is providing the music in the White House, although Paul McCartney was recently feted there, but the musical chairs have just begun. Stay "tuned"...and pardon the pun!
Posted by acorncentreblog.com at 1:46 PM